After about a month in Alaska, we crossed over the border back into Canada.  Since crossing into Canada again the days has been filled with long drives and the nights filled with bugs.  Summer is definitely now in full swing and every bug is desperately trying to secure its survival into the next generation.  Just before we got over the border, we finally found out what a black fly looks like…unfortunately the hard way!  I first noticed that something had bit me when I lifted my denim and found a number of dried scabs the size of the tip of a ballpoint pen.  I didn’t feel anything and none of the bitemarks itched…until the next morning when each of the marks had swollen to almost the size of a golfball and itched like crazy.  This continues for about a week and then slowly starts to disappear leaving a horrible dark mark which I hope will also disappear with time.  If the no see-ums doesn’t get you, the flies do…and if you manage to escape them, the mosquito will suck you dry..at this stage, I’m waiting for frogs to start spitting acid!  Speaking of the mosquitos..

Sitting in the tent, I am staring up at about 150 mosquito carcasses above me.  They have cunningly made their way into the tent though a hole somewhere and were disappointed to be met by a mosquito net within the tent.  Yes, we have killed every one of them and yes, we have gotten a certain amount of pleasure watching them twitch back to life and then squashing them a second time.  No, I have not lost my ENTIRE mind, but a large chunk does seem to have gone slightly haywire.  We have now learned that there are 48 different mosquito types in Alaska…I’m unsure if this includes Canada…The kind I’m staring up at seems to be a particularly desperate breed which will stop at NOTHING to get to you.  All we know is that you can distinguish them from their more docile siblings by how quick they can recognize an unprotected piece of skin as well as their sheer numbers.  BE AFRAID, BE VERY AFRAID!  We’ll get back to you on the other 47 types..

We are now in the Lillooet area slowly making our way south to Vancouver.  Unlike the rest of Canada, this area is much drier and lies in a large valley/canyon.  It has so far been the most beautiful part of British colombia.  We are heading further south now and can’t wait to see the west side of the US, have some fruit hopefully and taste the wine of some Napa vineyards.

South of Prince George we took the sea-to-sky highway 99 toward Vancouver.  Here between the dry canyons and vitreous blue lakes and rivers we found the most beautiful parts of Canada.  Route 99 winds through the dry Marble Canyon toward Lillooet.  In stark contrast to the coniferous forests we had grown so weary of, this area was as dry as the South African Karoo but unlike the Karoo had large, gorgeous lakes which resembled oases in the desert.  When we got to rugged Lillooet we found our oasis from the everlasting sun, relentless mosquitos and neverending Alaskan/Canadian highways.  Thanks to a lovely German traveler called Margaret, we discovered the Seton Lake Hydro Campground where we stayed more nights then I can remember.  This campsite were not only free, but had running water and meticulously maintained vault toilets.  It is surrounded by enormous mountains which is so beautiful that it looks almost fake like a bluescreen in a movie.  There were almost no mosquitos, lazy sunny days and warm summer nights.  We had all the water we could possible require and for the first time in months we could wash as often as we wanted.  It was the vacation from our vacation that we so needed after our trip up to Alaska.  The little town had everything we could ever want, except cheap food and gas.  The town library provided free Wifi and at one stage had a booksale ($5 for a plastic bag full of books) which was great for Marius’s new found love of reading.  I had ample time to do corrections on my dissertation and we found ourselves collapsing into bed tired after long days of doing nothing.

In the same area we found a truly 4×4 road, or let me rather say it found us..next to the beautiful Harrison Lake.  This road was dusty and long and in more than one place we were forced to go into 4WD.  The perks of the road however included the turkois Harrison lake which compare in beauty only to Turkana lake.  We stayed at a lakeside campground which was so quite that it felt like we had the lake all to ourselves.  So much so that I used the time to practice my skills as a hairdresser on both myself and Marius…I’m sure I should quit my day job yet (if I had one!) but it turned out not too bad. 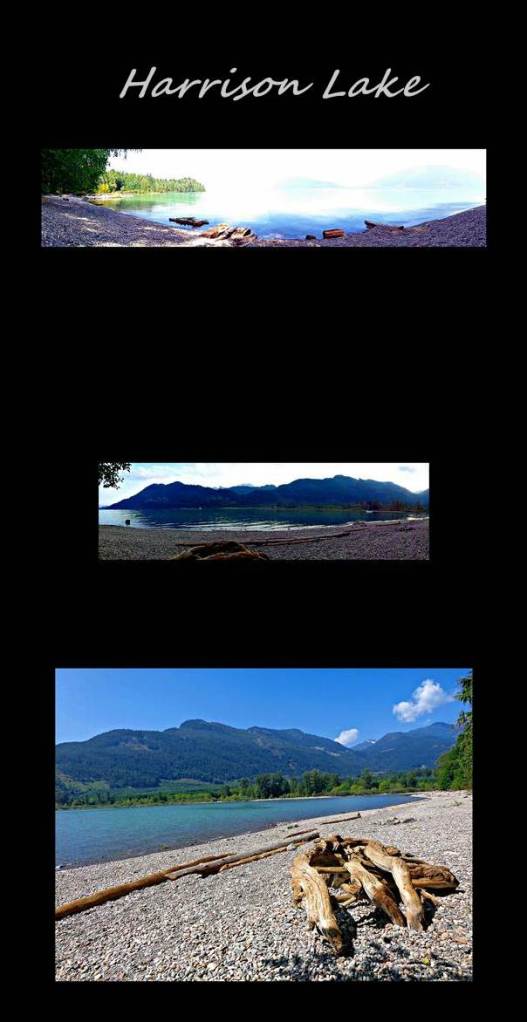 Vancouver is located right by the US border and is known as one of the 100 most livable cities in the world.  Now I’m not sure what their criteria is, but by all accounts and our quick passing through this seaside city, it did seem a pretty good looking place to live.  At its centre lies a large park, something similar to the size of New York’s Central Park I would imagine, called Stanley Park.  We only drove through the park as they charge a not-so-ridiculous-but-still-too-high-to-stop price for picnicking.  In fact, parking anywhere in Vancouver on the day we passed through was an almost impossible task as a International fireworks competition had taken over the town and we ended up driving straight through to the US..to lower food and gas prices!

Canada in a nutshell is the country with the most wide open unused spaces we have ever seen…I’m sure the whole world’s population could fit in the vast expanses of the Northern territories.  It is also some of the most well preserved wildernesses that we have ever come across, with nothing and nobody for hours and hours of travel.  The people are friendly but a lot more toned down compared to their American neighbours, less approaching and talkative but just as good-hearted and helpful if you start up a chat.